Thank you to everyone who came out to the event, enjoy some great food and voted on the cook off! Here’s a look at some video and pictures from the event:

In addition to the cook off, Georgia Spa held a Large Big Green Egg Raffle! Congratulations to the two winners!

The raffle benefited charities selected by the Alpharetta Fire and Police departments – the Alpharetta Public Safety Foundation and North Fulton Community Charities. Thank you to everyone who purchased raffle tickets to help support these charities. 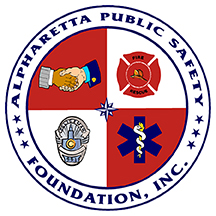 Raffle entries from in-store Georgia Spa locations and online entries were complied. Two winners were drawn on October 28, 2017. Winner did not need to be present. Odds of winning depended on the number of entries. Each winner receives a Large Big Green Egg. Additional EGGcessories and delivery were not included. 100% of the proceeds (50/50 split) will be donated to the North Fulton Community Charities and the Alpharetta Public Safety Foundation.