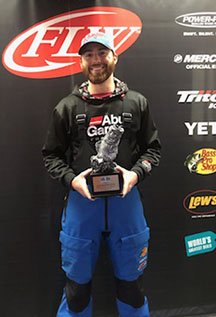 Bass fisherman Brad Davis recently completed his first season as a semi-professional. Davis competed in the Fish League Worldwide (FLW) T-H Marine Bass Fishing League for the 2019 season against over 250 competitors, and Georgia Spa was proud to be a sponsor.

“My goal this year was to advance into the regional event at Lake Seminole,” said Davis, who would need to finish Top 45 in points in the stacked Bulldog division to make the regional.

Davis’ season got underway on his home lake, Lake Lanier, in February, and Davis earned the victory over 150 other boats in the tournament. Throughout the year, Davis went on to add a few more Top 30 finishes to reach a ranking of 15th overall in total points in his division and qualify him for the Lake Seminole regional event. 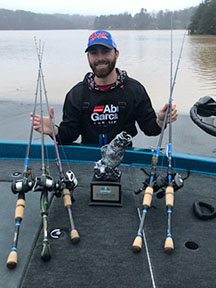 The Top 45 anglers four different divisions qualified for the regional tournament, and in early October 174 boats took to Lake Seminole to complete for over $100,000 in prize money over three days.

“I came up a few pounds short,” Davis said of his 20th place finish. “Overall, I’m pleased with how my first semi-professional season went, and I can’t wait to get back out on the water next year.” 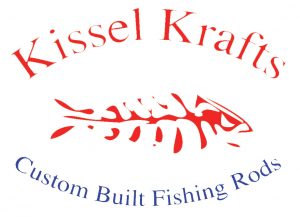 Davis became a semi-professional fisherman after completing his collegiate career at Columbus State University from 2012-16. In addition to being sponsored by Georgia Spa Company, Davis is also a pro staffer for Kissel Krafts Custom Rods.